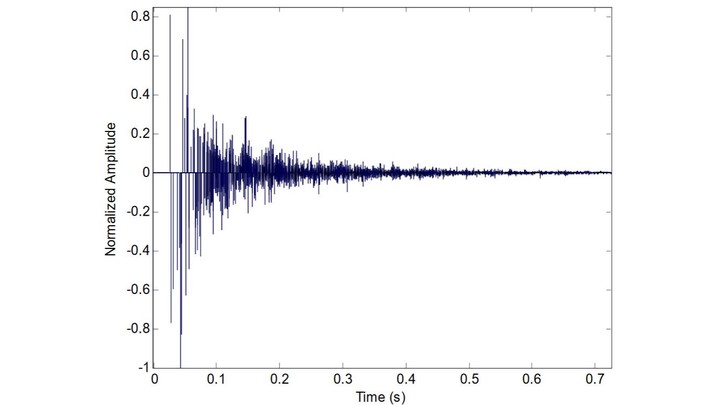 Virtual sensing is the art of measuring a quantity at a certain spatial position without having a physical sensor placed at that exact same position. In practical applications, this technique is sometimes very useful, when it is not feasible to put the sensor at the position where the physical quantity should be measured. For example, a virtual microphone could be considered in the following scenario: The sound level, preliminary school environment, should be studied at the different students head positions. In order to get statistical relevant data, the measurement has to be carried out over a period of time. However, it is not a feasible approach to use a large number of microphones hanging from the ceiling at the students head level, over a longer period of time for obvious reasons. One thoughtful solution, in such a situation is to put microphones at the walls and close to the ceiling and using the virtual technique to calculate the noise level at the students head positions based on the measure data. An advantage in such large setup is that it often requires less physical sensors than the number of virtual measurement positions and at the same time features a better validation and sanity check of the data. The most popular application areas for virtual microphones are in active noise control (ANC) or active structural acoustic control (ASAC), where the aim is to move the zone of quietness away from the physical error microphones to the desired location of maximum attenuation. However, there is an important difference between virtual sensing for active control and virtual sensing for a pure measurement situation concerning the delays introduced by virtual sensing technique.

This specific thesis work deals with the calculus of all the possible paths and reflections followed by a sound wave between the source and a given destination point, by using virtual transducers in an enclosed environment where reverberation exists. The aim of this work is to determine how to calculate that impulse response in a rectangular room in which the walls have uniform reflection coefficients and there isn’t any kind of furniture inside. Besides, this project specifies a simple way to make this calculus taking into account several sources and destinations.

Developed in MATLAB, the code can be found in the second half of the thesis report.